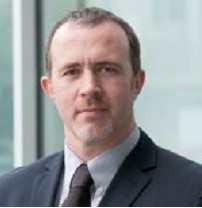 Brendan has worked at CREST since 2004, starting as a senior researcher before becoming a team lead in 2008 and eventually Centre Manager in 2013. He has worked with over 100 companies during this period and developed 6 commercial products and been granted several patents. He has worked on aluminium anodic coatings, Parylene chemistry, surface adhesion techniques and antimicrobial surfaces. His main areas of interest have been the automotive, aerospace and medical device sectors and this will be reflected in his talk.